In the first week of November, the Dutch courts collectively adjudicated more civil law cases than administrative law or criminal law cases. A total of 370 cases has been issued. Just like the previous week, the Raad van State (RVS) issued the highest number of opinions.

Number of cases per institution

The Raad van State (RVS), Centrale Raad van Beroep (CRVB) and the Supreme Court of the Netherlands top the list of number of opinions per institution: 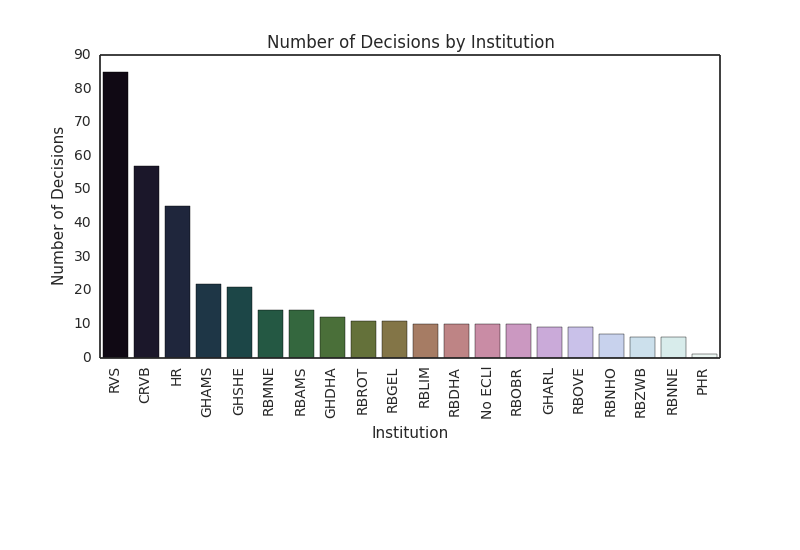 However, at the aggregate level, the courts of first instance issued the highest number of opinions in contrast to the appellate courts and higher judicial bodies: 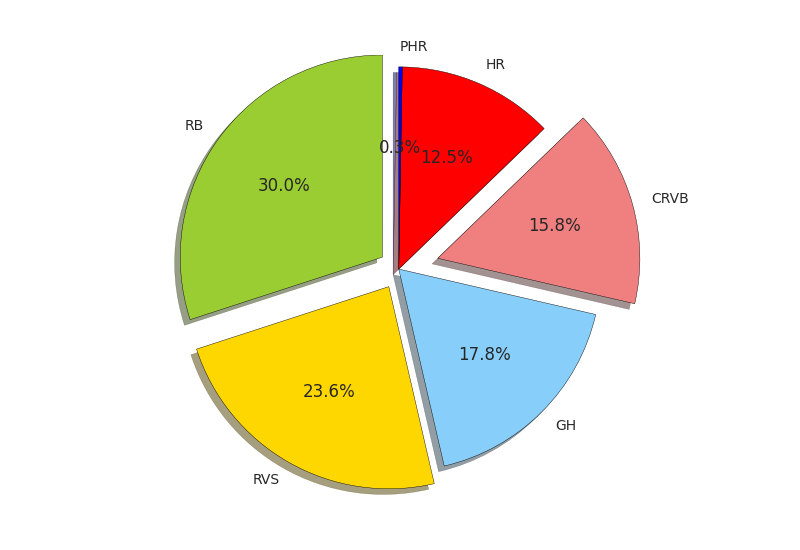 A closer look at the opinions of the Supreme Court reveals that 21 of the 45 are in fact article 81 RO cases. I will introduce a quantitative measure to distinguish between different types of rulings issued by the Supreme Court in the next post.

Cases by area of law 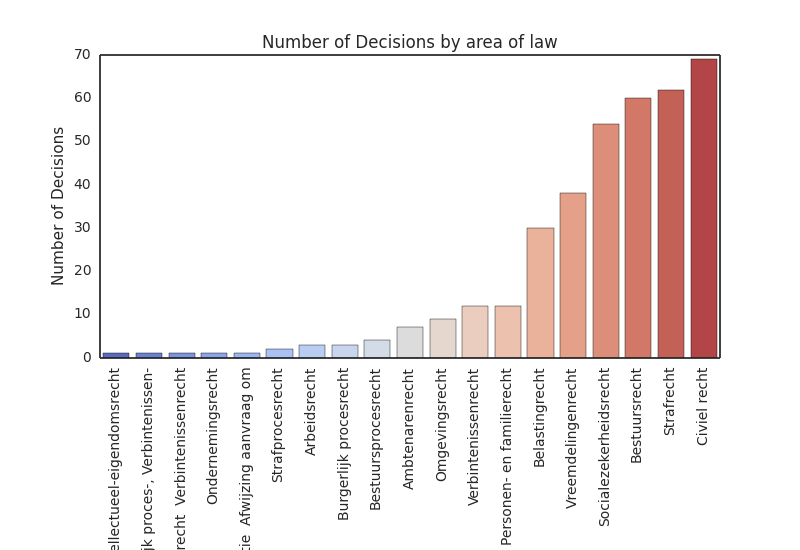 This week features a number of decisions published with longer throughput times. In particular, decisions by RVS and CRVB in the areas of social security and immigration law (published 6 days after the decision): 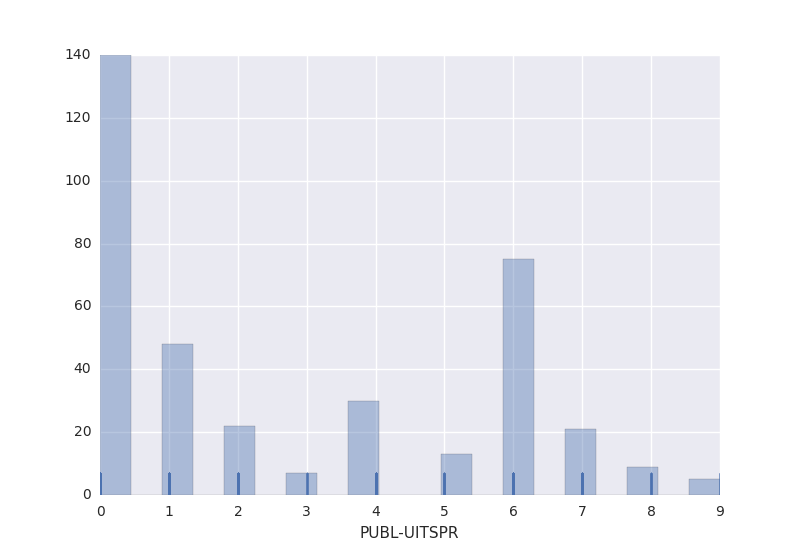 The corpus of opinions in the areas of civil and tax law is at present too small perform a reliable statistical analysis by training and implementing a classifier. I leave this for the next post.